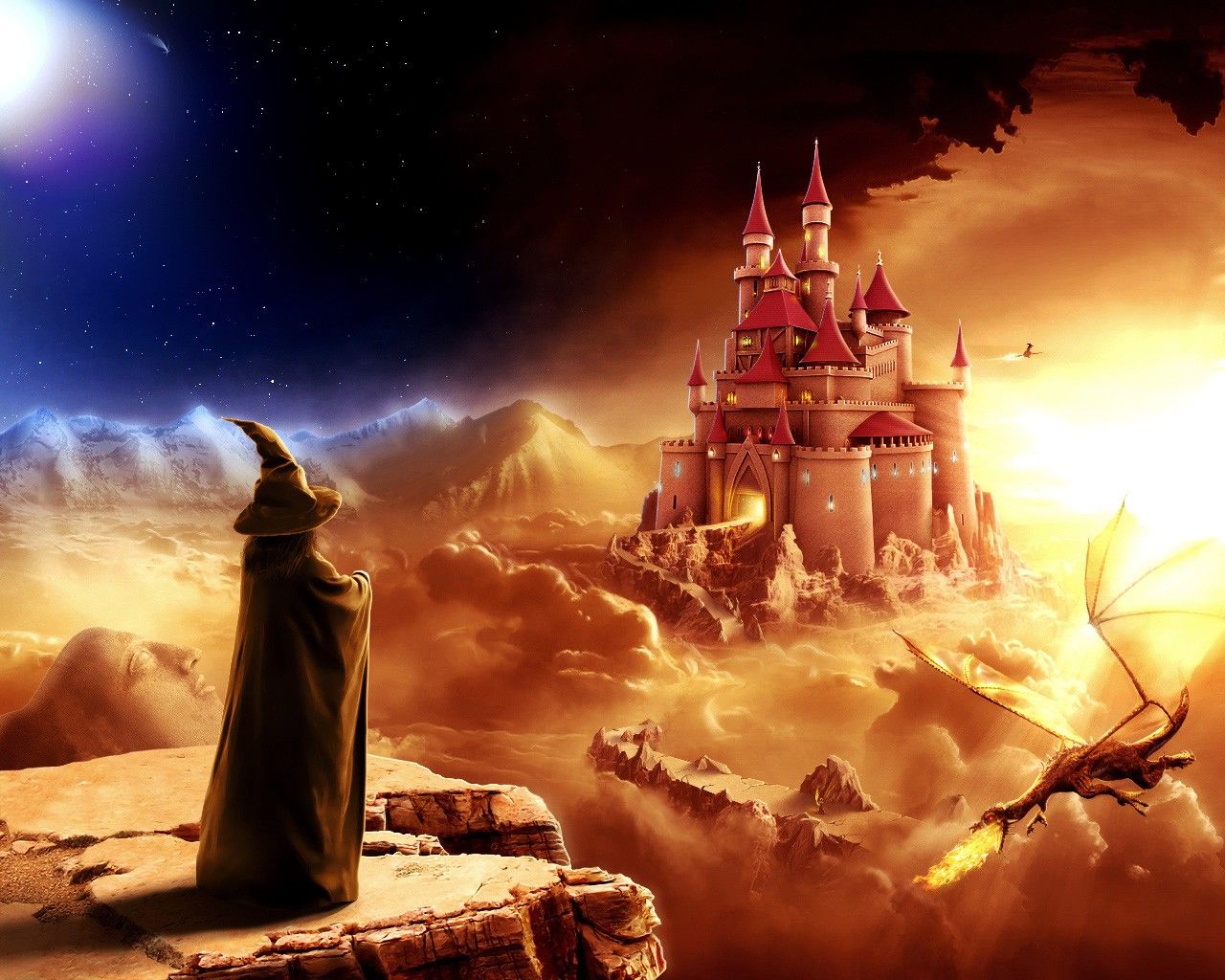 How many fantasy tropes do you see? Source: Pintrest.

The world of fantasy is filled with tropes. From dragons to dwarves and wands, fans of the genre know exactly what to expect.

But did you know these tropes are rooted in real-world history? Well, we do. That’s why we’re walking you through our survey of five mythology-based fantasy tropes. 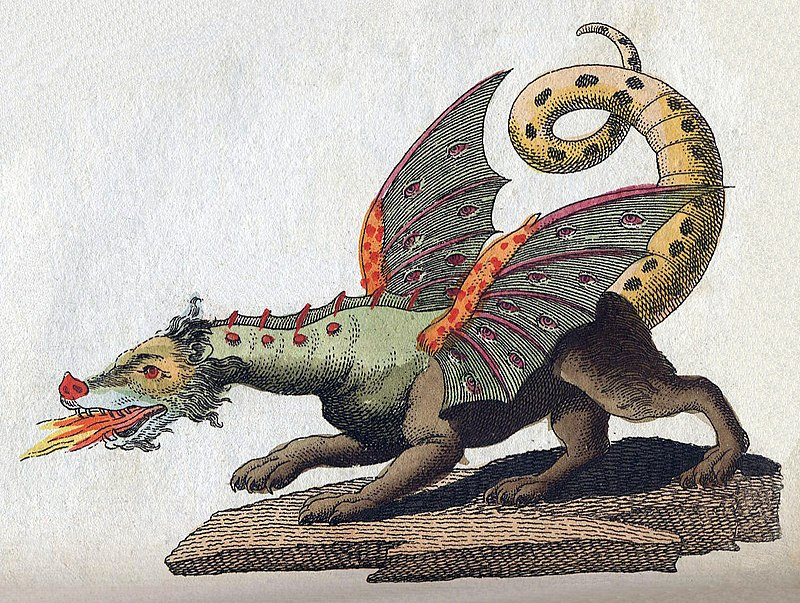 Illustration of a winged, fire-breathing dragon by Friedrich Justin Bertuch from 1806. Source.

Everybody knows dragons. After all, these majestic winged creatures have appeared in just about every fantasy story. From video games like Dragon Age and The Witcher to movies and tv-shows like The Hobbit and Game of Thrones, dragons have struck fear and awe into the hearts of fictional characters and audiences alike.

But did you know that dragons already appeared in the stories of Norse mythology? In the ancient stories of the Vikings, two dragons rose to particular fame: the villainous Nidhogg and the greedy Fafnir.

Nidhogg was infamous for gnawing at the root of the world tree Yggdrasil. The Vikings believed that if he ever were to succeed, the collapse of the world tree would have plunged the cosmos into chaos. As such, the Norse saw Nidhogg (whose name translates to “He Who Strikes With Malice) as one of the gravest threats to the stability of their world.

Fafnir actually started out as a dwarf, but was transformed into a dragon after being affected by a curse. As a dragon, Fafnir sat on a huge treasure hoard, which he vigorously defended against intruders to his lair. To this day, Fafnir’s greed serves as an archetypal feature of dragons, with J.R.R. Tolkien’s Smaug being primarily inspired by the story of the accursed dwarf. 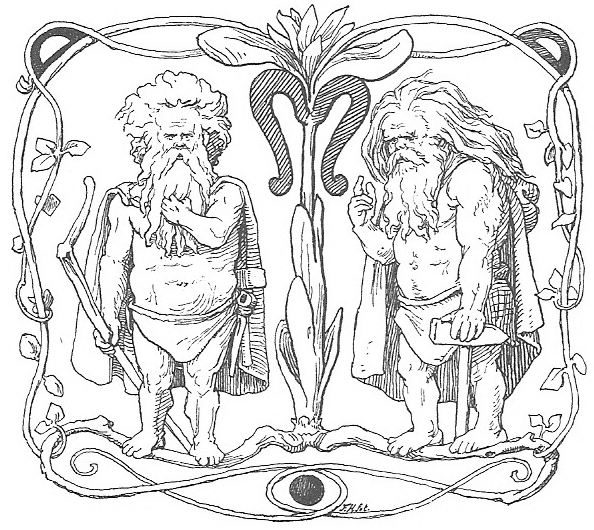 Two dwarfs as depicted in a 19th-century edition of the Poetic Edda poem Völuspá (1895), by Lorenz Frølich. Source.

Dwarves are another staple of the fantasy genre that can be traced back to Norse mythology. These sturdy, small and resourceful creatures became famous mainly due to Lord of the Rings, but their history goes back much further than Tolkien’s saga.

According to the ancient Vikings, the Dwarves originated in the realm of Nidavellir. They were famous for their smithing talent, and were responsible for creating Thor’s famous hammer Mjolnir.

Whether or not the Norse already imagined the Dwarves to possess the thick beards and Scottisch accents they are now archetypically known for, however, is unknown. 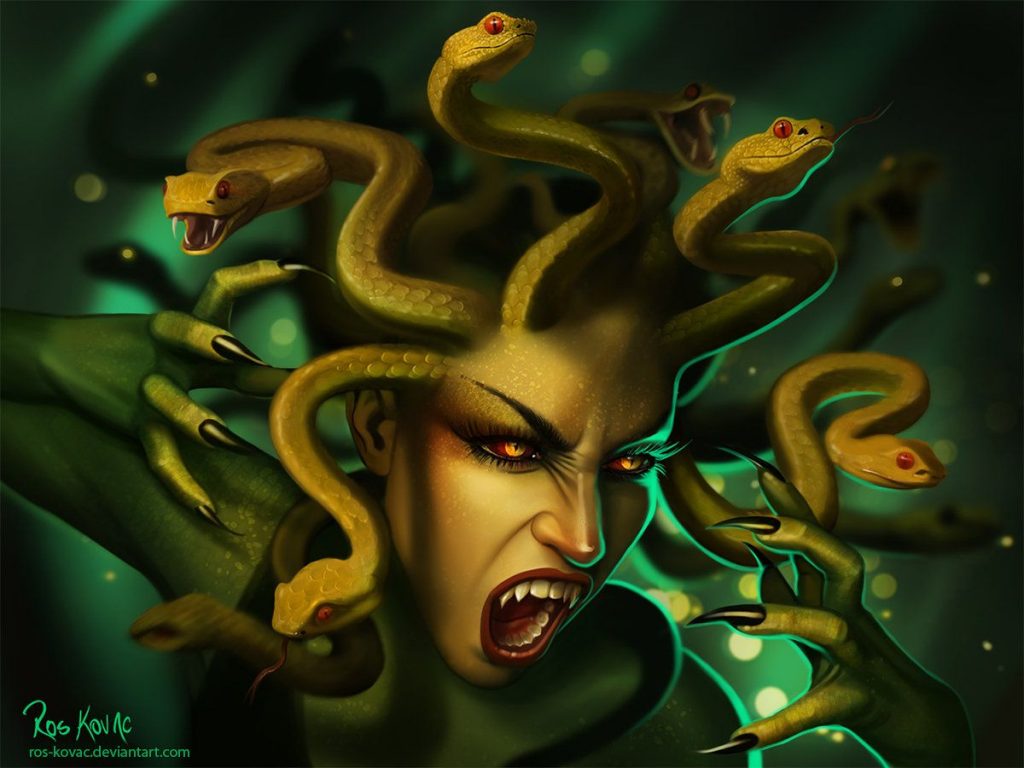 Medusa’s petrifying glare has been a big inspiration for the fantasy genre.

Few fates in fantasy are as bad as being turned to stone. Every so often, a poor adventurer ends up caught in the gaze of a terrifying monster that is able to inflict such a curse with a petrifying glare. These unfortunate knights, wizards or rogues are then forced to confront eternity in the guise of a statue, unable to do a thing as the world moves on without them.

Even though the trope of the petrifying glare has become commonplace in every possible application of the fantasy genre, its origins go back to a very specific period of European history: the time of the ancient Greeks. The Greek tales mentioned a snake-haired Gorgon named Medusa, who was capable of turning creatures to stone with a simple gaze.

Since we’re talking about Greek mythology, Medusa suffered a terrible fate: she was first raped by Poseidon, and then beheaded by the hero Perseus, who went on to use her head as a weapon.

Let’s just say that the ancient Greeks were yet to discover feminism, shall we? 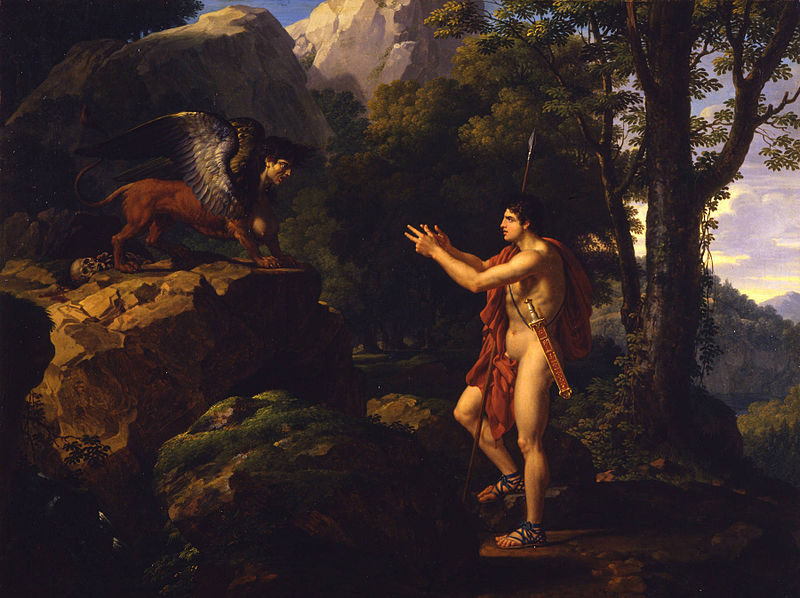 Oedipus and the Sphinx, by François Xavier Fabre. Source.

It’s quite common that the hero of a story has to answer a riddle in order to continue his journey. Take, for instance, Batman and his adversary the Riddler, or the famous riddle-sequence between Bilbo Baggins and Gollum in The Hobbit. The concept of the riddle itself is both ancient and universal, making an appearance in various cultures. However, the trope of a hero having to prove themselves through the answering of a riddle does have one particularly famous example: Oedipus and the Sphinx.

In the ancient Greek story of Oedipus, the city of Thebes is guarded by a Sphinx. This mythical creature had the head of a woman, the body of a lion and the wings of a bird. Everyone wanting to enter Thebes had to answer a riddle. If one failed to provide an answer, however, the consequence was death.

In the end, it was Oedipus who freed the people of Thebes from their cruel warden by answering the riddle of the Sphinx: “Which creature has one voice and yet becomes four-footed and two-footed and three-footed?” Oedipus deduced that it was man, first crawling on all fours, then walking on two legs and in elderdom using a cane for support. In turn the Sphinx killed herself, and Thebes was freed. 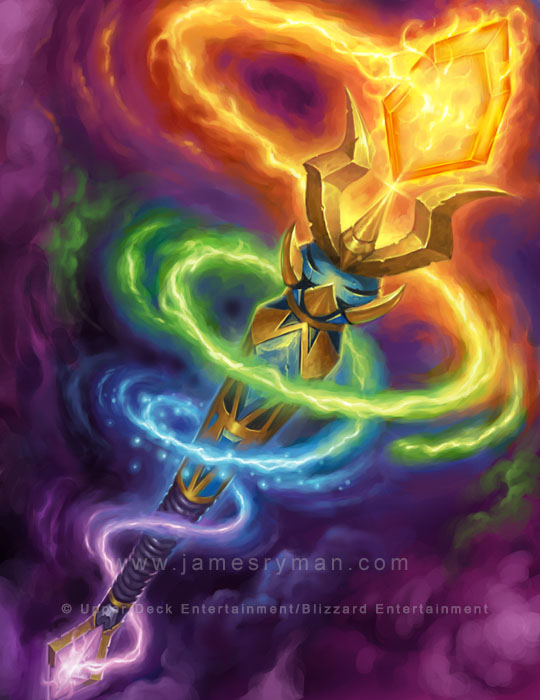 Wands have been a staple of most high fantasy settings. Copyright: Upper Deck Entertainment/Blizzard Entertainment. Art by JamesRyman on DeviantArt.

What would high fantasy be without magic wands? Numerous fictional characters have used a wand to cast some form of magic. Think, for instance, of Harry Potter, Cinderella’s Fairy Godmother or the White Witch from C.S. Lewis’ Narnia. And in video games like the Legend of Zelda or World of Warcraft, players also routinely use wands to cast spells.

One of the earliest examples of this magical tool can be found in Greek mythology. According to Homer, the gods Athena, Hermes and Circe all used a magic wand, or “rod”, to perform magical feats. In The Iliad, Hermes uses a wand to put all the camp guards to sleep, so that Prius (the father of Hector) can sneak into the camp and ask Achilles for the body of his deceased son. And in The Odyssey, Athena uses a wand to change the Odysseus’ appearance from old to young and back again, and Circe uses one to turn Odysseus’s crew into pigs. Luckily, Odysseus manages to convince the goddess to revert his crew back into their original forms.

So there you have it: 5 fantasy tropes inspred by ancient history. Interested in more fun facts about mythology? Check out our overview of 4 forgotten Greek gods, and learn about the unsung heroes of the ancient world!