The character of Hela is a staple of the Ragnarok myth.

The world of Norse mythology ends in fire and fury. When Ragnarok comes around, the gods will die. Their world will burn. And when everything is said and done, the universe will begin anew.

Thus, the story of Ragnarok is a tale of rebirth. It is a myth about the end of the world, but also about the ways in which it will endure. For it would be the destruction of the old that will make way for the new.

But the story of Ragnarok was more than just an allegory about rebirth. It was also a myth about the reckoning of the gods – a testament to their courage to face the inevitable with open eyes. And to the ancient Vikings who originally conceived the tale, Raganrok was a source of inspiration: a powerful reminder that life did not end upon death, no matter how dire things seemed.

The Reckoning of the Gods

In the narrative context of Norse mythology, the Norse gods brought Ragnarok upon themselves. After all, it were the victims of Odin’s violence that led the charge against him at the end of the world: the shunned god Loki, the world serpent Jormungandr, the great wolf Fenrir, and the queen of the underworld Hel. For what comes around goes around – even for the gods.

Over the course of the Norse myths, Odin received many visions warning him of the consequences of his actions. And yet, he refused to change course: holding firm in the belief that his decisions were the right ones to make.

To the Vikings, this behavior was likely seen as courageous – as proof that the All-Father was not afraid to face his impending doom.

To the ancient Vikings, the spector of impending doom was also inescapable.

Norse society was ravaged by violence, plagued by famine, and had to deal with perpetually harsh weather. As such, disaster was always just around the corner for both the Asgardian gods and the Vikings that worshipped them. In this sense, it was easy for Norse men and women to relate to the struggles of their gods, and to find inspiration in their divine feats.

The Promise of Rebirth

But Ragnarok wasn’t all bad. Even though all realms would burn, new life would grow. Violence didn’t just beget more violence: it also gave rise to a new beginning.

The ending of Neil Gaiman’s Norse Mythology exemplifies this idea perfectly, albeit in modern parlance. In the final chapter of the book, readers encounter a small fraction of Norse gods that has managed to survive Ragnarok. With the collapse of the old world behind them, they set out to begin anew:

Asgard will be gone, but Idavoll will stand where Asgard once stood, splendid and continual. [Six surviving gods] will sit in the light of the new sun and talk among themselves, remembering mysteries and discussing what could have been done differently and whether the outcome of [Ragnarok] was inevitable.

Asgard Is not a Place

The cataclysmic event of Ragnarok has also been the focus of one of the most high profile superhero movies of the last decade: Thor: Ragnarok.

The flick is partly inspired by the events of the historical Ragnarok: both in the film and in the myth, the fearsome fire giant Surtr is involved in Asgard’s destruction. And both in the screenplay and in mythology, the Ragnarok story concludes with a moment of rebirth.

For in the Marvel Cinematic Universe, the destruction of the Realm Eternal is followed by the realization that Asgard “is not a place,” but a people. Thus, the Asgardians relocate to “New Asgard” – a town on the Norwegian coast. 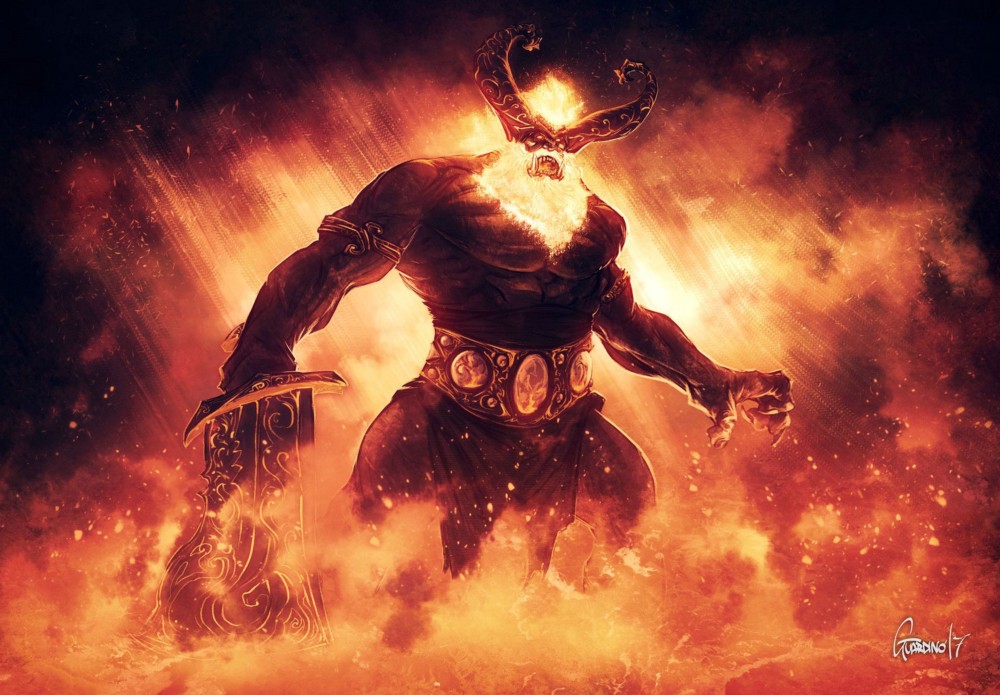 As such, the fire and fury of Ragnarok’s destruction is always accompanied by the fresh start that follows. And it was exactly in that knowledge that the beleaguered Vikings could find solace.

By listening to the myth of Ragnarok, they were able to understand that death was not the end – that it was possible to start over after a time of great loss. In this sense, they knew that their society would endure, no matter the devastation wrought upon their daily lives.

As such, the story of Ragnarok is never really about the death and destruction it portrays. Rather, the events of Ragnarok contain a much more hopeful message: that life, in all its facets, will never die.