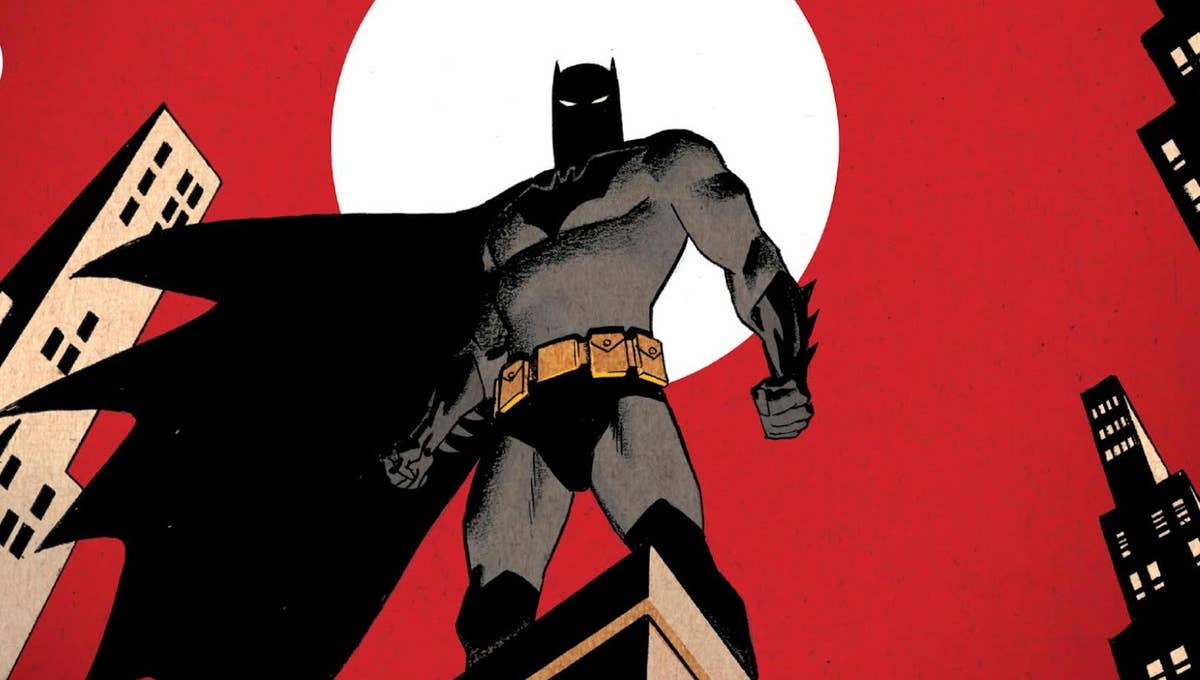 Batman has been one of the world’s most famous superheroes for over 80 years. Image: DC Entertainment

Myths are usually imagined as ancient texts. We imagine the tragedies handed down to us by the ancient Greeks, the epic dramas from the historic Vikings, or the legend of the elusive ghost ship “Flying Dutchman.” We talk about old stories that have proved their worth over the centuries, as tales that have stood “the test of time.” According to conventional wisdom, myths have transcended time and place, and came to be accepted as “universal” stories.

But that is only partly true. In fact, mythical tales have always been deeply rooted in the societies that have produced them. For example, our contemporary culture has created plenty of myths of its own. Just take a look at the annals of the superhero genre, which has provided our pop culture with a steady stream of mythical-like figures.

No character underlines this point more than the figure of Batman. As an iconic figure for over 82 years, Batman has been one of the world’s most famous superheroes. Over the course of his long history, the Caped Crusader has appeared in numerous comic books, movies, TV-shows, and video games.

As a result, countless versions of the World’s Greatest Detective exist: from the pages of Frank Miller’s gritty 1980’s comics to the realistic aesthetics of Christopher Nolan’s The Dark Knight, the character of Batman has taken on as many guises as there have been iterations of the iconic crimefighter.

And what is a myth, if not a story that is constantly reinventing itself? After all, mythical figures from the past were also continually reinvented. Hercules, Thor and Loki, for instance, have also taken on various identities over the course of their existence. While these characters started out as pagan gods, they ultimately wound up in Disney movies, Marvel comics, and superhero blockbusters. Their identities, in other words, have always been in flux. 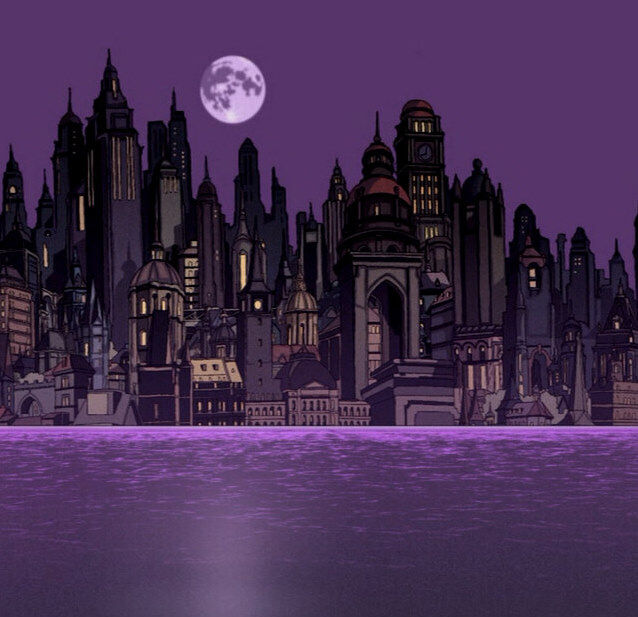 The city of Gotham has been the setting of Batman’s adventures ever since the character first appeared in American media. Image: DC Entertainment

Myths and Their Appeal

But there is more to mythical stories than just the length of their lifespans.

For the ancient Vikings, mythical tales had an important role in society. They affirmed or challenged dominant values, and helped people to deal with the ever-present threat of violence and death that plagued Norse society.

Similarly, Batman has spoken to our own hopes and dreams.

When the Caped Crusader first appeared in American media in the late 1930s, the United States was going through a rough time. For much of the period, the country had to deal with the crippling consequences of the Great Depression, which had caused economic ruin in many parts of the world. In addition, Prohibition – or the illegalization of alcoholic beverages – led to a boom in organized crime, as professional criminals moved to control the alcohol supply.

Against this backdrop, it made sense that American readers were attracted by a dark and brooding hero, who relentlessly fought against evil in a crime-ridden urban dystopia. As a caped vigilante, Batman simultaneously symbolized desperation and hope: the need for extralegal justice, and the ability to actually make a change for the better.

In this fashion, Gotham City was both recognizable and attractive as a fantasy world, with the Batman character as its avatar. Consequently, the story of Batman was symbolically representative of the hopes and fears of 1930s America. 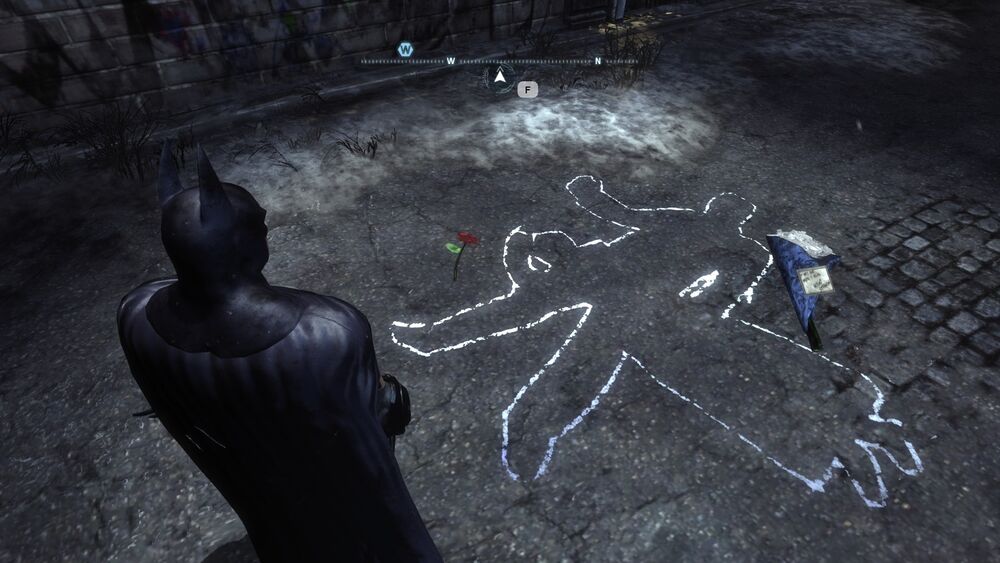 The threat of violent crime is embedded in Batman’s origin story, which revolves around the murder of Bruce Wayne’s parents by a mugger. Image: DC Entertainment

So what would be the heart of the Batman myth today? Is he still the perfect avatar of urban anxiety like he was in the 1930s, or is there more to his story if we are to understand the superhero’s continued relevance 80 years after the Great Depression?

In its most stripped-down version, the Batman myth would involve a simple idea: that in the fictional Gotham City – which looks an awful lot like New York City – a playboy billionaire named Bruce Wayne secretly fights crime at night.

The appeal of this idea is obvious: rather than presenting an idealized portrayal of urban life, audiences are met in the middle with a story about the recognizable ugliness of the big city.

But in Gotham, extreme wealth inequality, corruption, and rampant crime are not the unspeakable evils we know and loathe in our daily lives. Instead, they are the start of an exciting superhero story. 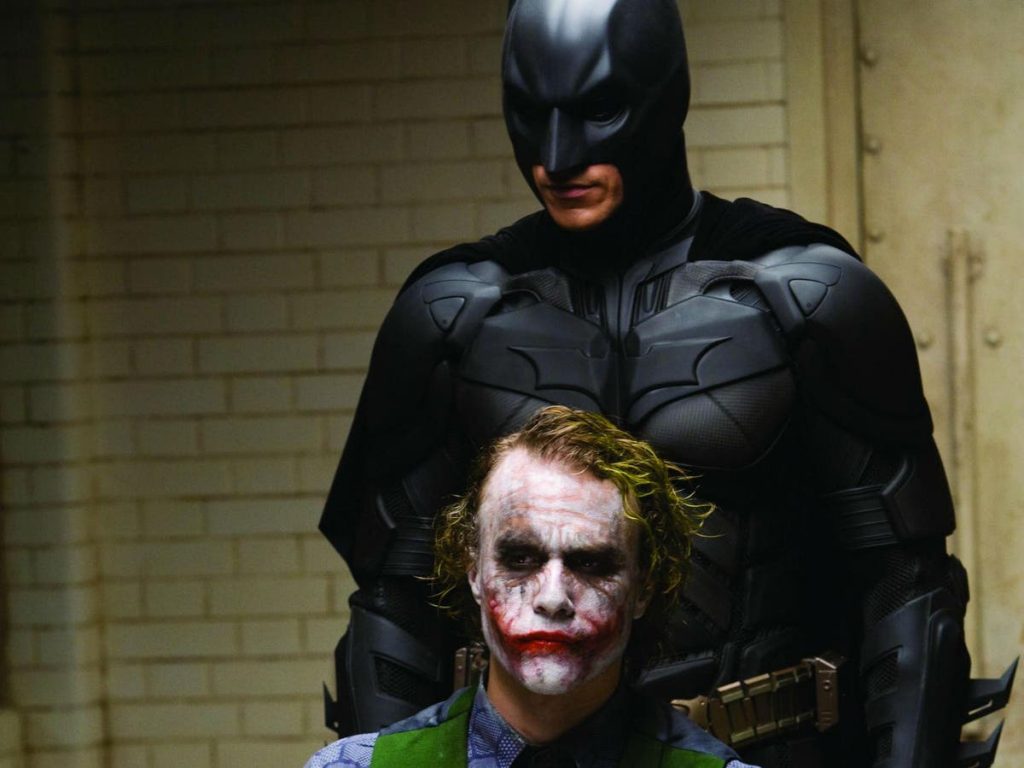 The complicated relationship between Batman and the Joker has been one of the signature elements of the Dark Knight’s mythos. Image: DC Entertainment

A Clash of Themes

Thematically, the Batman myth would bring together two opposing emotions: hope and fear. On the one hand, the Dark Knight represents fear. Not just fear of crime and toxic inequality but also the sheer power of being afraid. Batman’s methods reflect this potential: the superhero’s approach to crimefighting revolves around his constant weaponization of fear against Gotham’s hardened criminals.

But on the other hand, the Caped Crusader uses this negative emotion for positive ends: he fights crime rather than terrorizing the citizens he is supposed to protect. The Batman mythos, therefore, has a unique combination of hopeful and fearful themes.

It’s this thematic cocktail that has kept the Batman mythos relevant for over 80 years. The titular character’s adventures are rife with contradictions that further accentuate Gotham’s most conflicting elements: the contrast between Batman’s extravagant civilian identity and his selfless superhero persona; the dubious yet necessary nature of Batman’s vigilantism; and the close-yet-antagonistic bond between the Dark Knight and his polar opposite Joker.

If the Batman story was a myth, his story would reflect the chaotic, messy, and ambiguous nature of our urban lives. We understand that things are rarely black and white – that so many facts of life require us to reconcile two or more opposites with each other – that we can be inspired by a superhero that channels these contradictions towards positive outcomes.

We are able to do so, because we wish to: we want to find a way that allows us to reconcile the contradictions we encounter in our daily lives.

And that way is Batman.