The symbol of Wonder Woman. (source)

Most people know that the superhero Thor finds his origins in Norse Mythology. However, the fact that Greek mythology also provided a costumed superhero, might be a little less known.

Diana Prince, more commonly known as Wonder Woman, is probably the best known female superhero to date. Created in the 1940’s, she remained a frequent star of various comics, tv-shows and movies. The 2017 movie Wonder Woman is but the latest example of the character’s lasting popularity.

Knowing a bit about the character, or having watched the latest action flicks Diane appeared in, would reveal that she is in fact an Amazon: a strong, bow-carrying woman from a society of fierce women. However, the popularity our Amazonian superhero receives today, does not seem in line with what we know of the Amazons from Greek mythology.

For example, did you know that one of Heracles’ labours was to steal a girdle from Hippolyte, Wonder Woman’s mother? Or that Diana’s aunt Penthesilea was killed by Achilles during the Trojan war? The Amazons were depicted as outsiders to Greek society, and usually did not survive the stories they featured in. In Greek times, these women were hardly considered to be protagonists.

So how did Wonder Woman, doubling as a powerful symbol for women, end up being an Amazon?

The stories themselves seem–in their own way–very relatable, proving that the ancient Greeks who once told these tales are not as far removed from us as we might think. Which is pretty incredible, when you think about it. But does that alone explain Fry’s success?

The question whether or not the Amazons were purely mythological has been causing debate among scholars for decades. The first claims that the Amazons might in fact have been real, stem from the nineteenth century.

Since then, many different theories concerning these female warriors have surfaced: they were beardless bowmen, mistaken for women, they were nothing more than a political tool, they were the expression of lingering sexual conflict of the Athenian man, and so on. The debate remains unresolved to this date. However, in recent years support of the existence of these warrior women, based among other things on archeological evidence, has been growing. 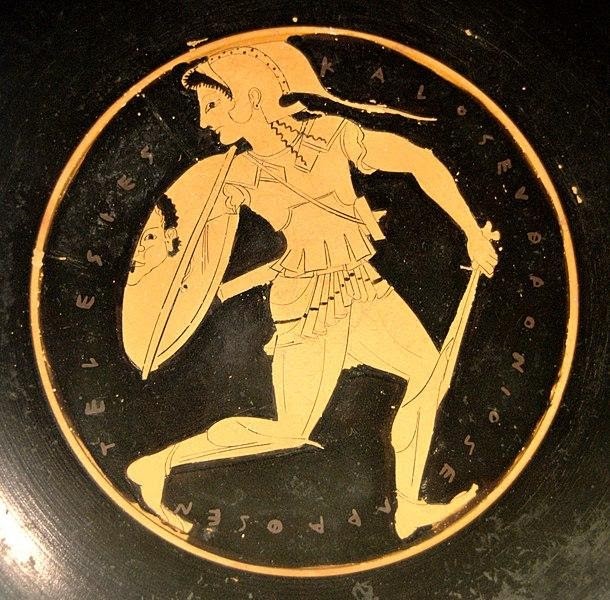 A helmeted Amazon with her sword and a shield bearing the Gorgon head image. (source)

In Greek mythology, the Amazons usually played the role of the antagonist. Heroes like Herakles and Achilles were lauded for defeating Amazonian queens. If the Athenian people were to be heroes, they needed their own villains. The Amazons seemed to fit this role.

According to Greek stories, the Amazons attacked the city of Athens. Luckily, the brave Athenians prevailed: the city was saved and the Amazons defeated. The Amazons, fictional or not, seem to have been the adversary of Greek society. Storytellers were somewhat fascinated by the Amazons, but not enough to give them a happy ending.

From Zero to Hero

Knowing the story of the Greek Amazons, one might wonder why they would serve as the inspiration for a popular female superhero. Sure, Amazons were considered strong and impressive warriors, but they were not seen as belonging to ‘the good guys’, so to speak.

Wonder Woman was created by psychologist and writer William Moulton Marston. That she was to be more than an entertaining character in a comic book was clear from the start. As Marston himself put it:

Frankly, Wonder Woman is psychological propaganda for the new type of woman who, I believe, should rule the world.

So why did he make her an Amazon?

One should realize that Amazons weren’t exactly unpopular in ancient times. If they were, they wouldn’t have serviced so frequently in both ancient literature and archeological finds. Amanda Foreman, working for the Smithsonian magazine, makes an excellent comparison. According to her, the trope of the Greek Amazon can be compared to the vampire of today:

… perfectly blending the allure of sex with the frisson of danger.

Marston was himself a feminist and rejected the subjugation of women. He created Wonder Woman as a strong and noble hero, to be an example to future generations. Diana Price was as much inspired by the strong women Marston encountered as the ancient Greek Amazons from centuries ago. The psychologist seemed to have gathered various elements he thought should be represented in a good female role model and combined them into one character: Wonder Woman. 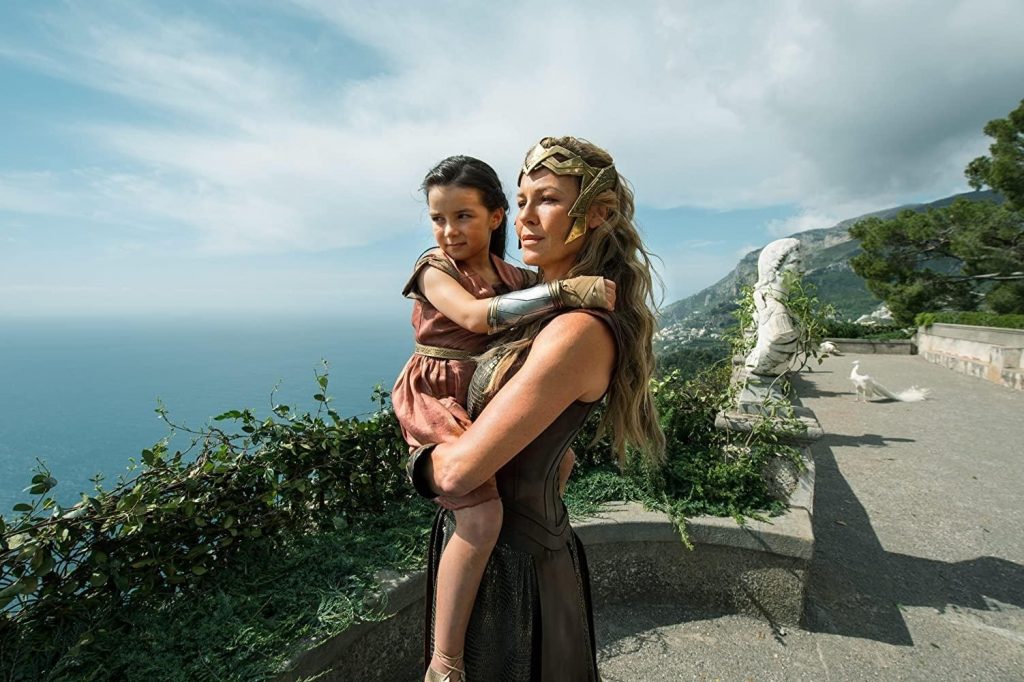 A helmeted Amazon with her sword and a shield bearing the Gorgon head image. (source)

Looking back, maybe the ancient Greeks would watch Wonder Woman after all. They would recognize the strong warrior portrayed on the screen as a worthy opponent. But at the same time, they would be amazed at the fact that an Amazon would emerge victorious.

As such, they would leave the theater wondering if the ultimate defeat of the Amazon princess was perhaps saved for a second installment.

Or maybe the inevitable reboot?