Well-known Greek gods like Zeus, Hades, Poseidon and Athena have made numerous appearances in books, movies, games, and other forms of media. Even demi-gods, like Perseus or Hercules, frequently star on the stage of popular culture.

But some Greek gods have been unfairly lost to the wheels of time. Reading the first few verses of Hesiod’s Theogony will make that abundantly clear. That not every character from Greek mythology is remembered equally is hardly surprising: after all, the procreation rate of the Greek gods would have put rabbits to shame. However, the “lost” deities do not seem inferior to stars such as Dionysus or Hermes, yet they always seem to be on the sidelines, watching their brethren shine.

But those gods deserve your attention, too! Hence, we’ll introduce you to four of them here.

First off: a god whose name you might recognize already from a certain sci-fi movie… 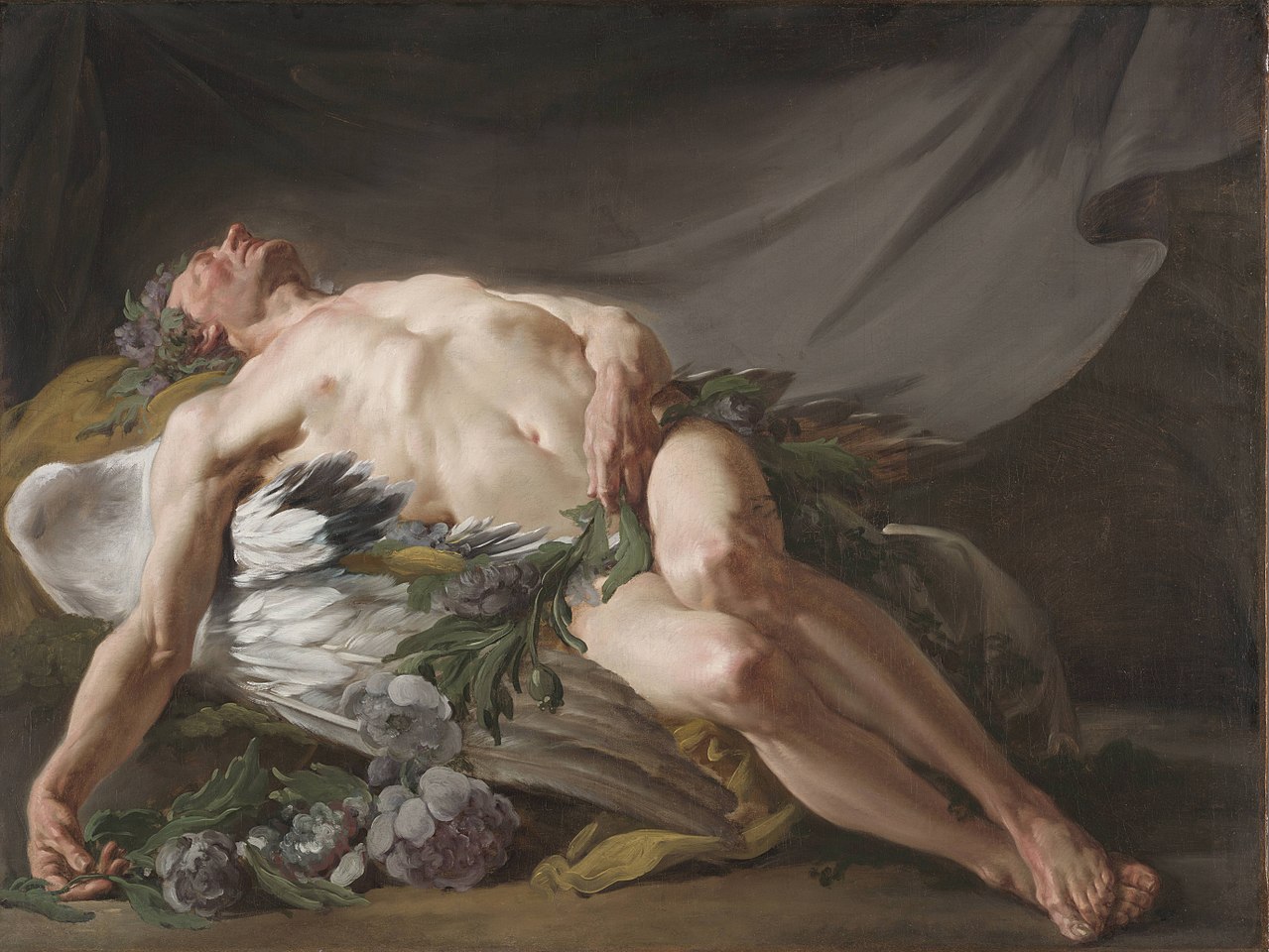 Morpheus visited the dreams of mortals. In this painting from the eighteenth century, painted by the French painter Jean Bernard Restout, Morpheus himself is the one sleeping. Source.

The first god to be discussed is Morpheus. It may come as a surprise, but Morpheus is not just the name of a heroic character from the Matrix movies, it is also the name of the Greek god of dreams. Morpheus is one of the many sons of Hypnos, the god of sleep.

As his title suggests, the god of dreams was able to shape and appear in the dreams of humans. This allowed Morpheus to convey the messages of the gods trough dreams. For this reason, many people assume it was Morpheus who delivered Zeus’ message to king Agememnon in Homer’s Illiad. 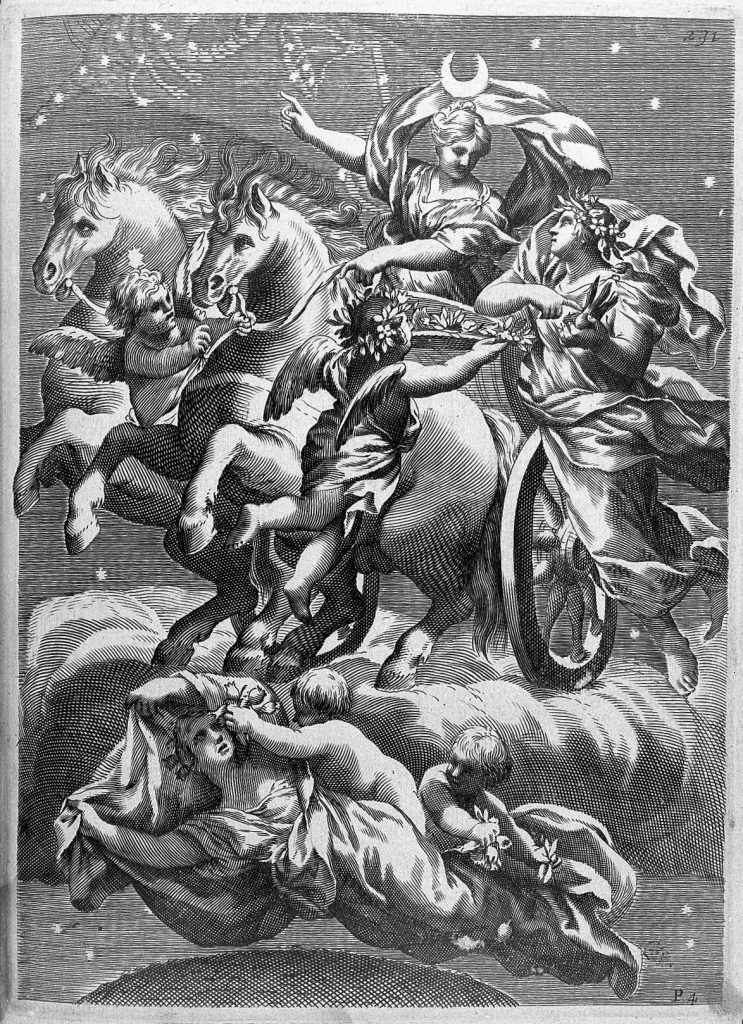 The goddess of the moon drove her chariot across the sky each night. This chariot was often described as being drawn by two white horses. Source.

The Greek goddess of the moon was also hopelessly in love with a mortal named Endymion. Although there are many versions of their story, it is mostly agreed upon that Zeus put Endymion in an eternal slumber, making him immortal, un-aging, but forever sleeping. He was placed in a mountain cave, were Selene visited him each night. 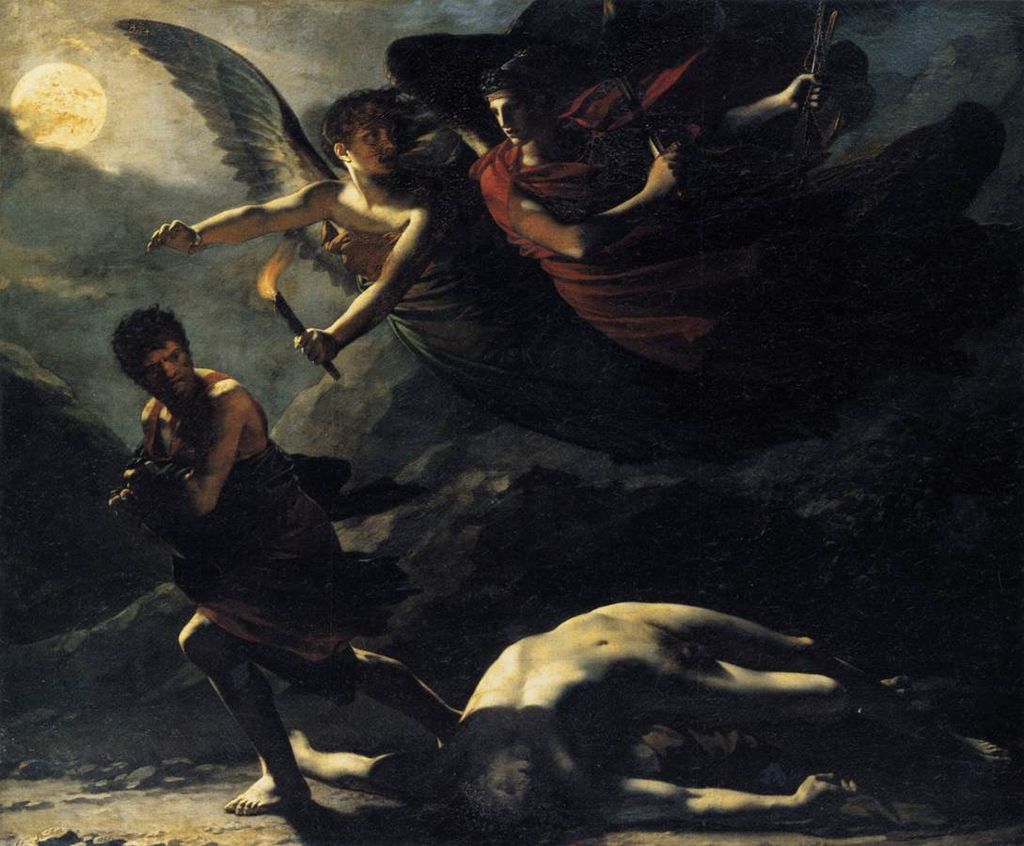 Nemesis was often responsible for avenging crimes. Here she is depicted with Justice while pursuing a murderer. Painting by Pierre-Paul Prud’hon, 1808. Source.

A goddess ancient Greeks would have probably been afraid to forget is Nemesis, goddess of divine retribution. Anyone guilty of hubris (arrogance before the gods), would be punished by her. Nemesis also made sure there was a balance in life. So if Tyche, goddess of good fortune, was a little to enthusiastic, Nemesis would intervene to balance the scales.

The work of Nemesis can be seen in the myth of Narcissus. According to Ovid, it was Nemesis who intervened after the handsome Narcissus had rudely rejected the nymph Echo. Nemesis lured Narcissus to a pool, where he fell in love with his own reflection, dooming himself. 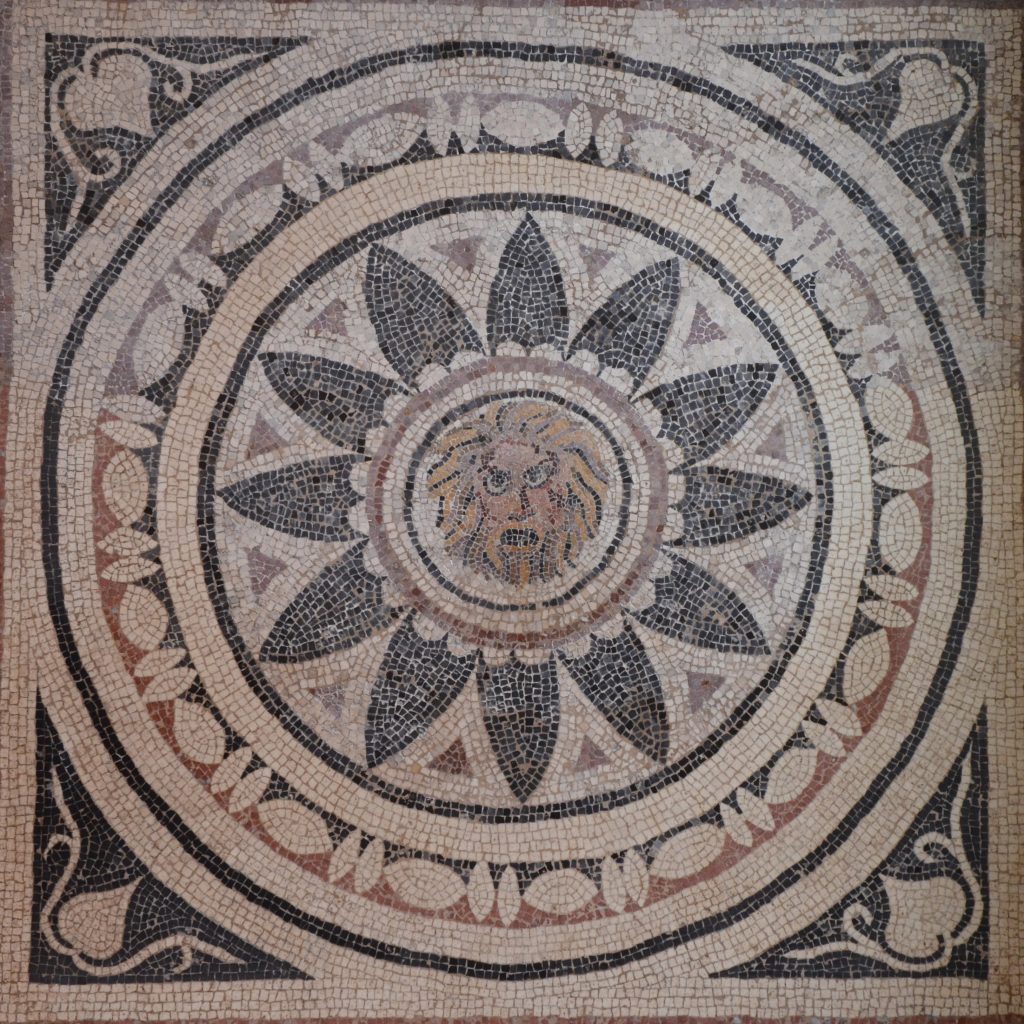 Phobos was often depicted staring straightforward with his mouth wide open, as in this mosaic from the fourth century. Source.

Phobos was the son of the Olympians Ares and Aphrodite. He was the god of fear. Together with his twin brother Deimos (god of Terror) and his aunts Enyo (goddess of war and destruction) and Eris (goddess of strife and discord) he accompanied his father Ares (god of war) into battle.

Although Phobos does not seem to have any myths of his own, he is name dropped in several Greek stories. He was for instance depicted on the shields of Heracles (Hercules) and Agamemnon. If we can belief Plutarch, Alexander the Great also sacrificed to Phobos the evening before the battle of Gaugamela. Considering that Darius ended up fleeing from the battle, one might take the god of fear a little bit more serious.

Hopefully, you’ve learned something new about these four forgotten gods. And remember: this was just a selection. The world of Greek mythology hides a wealth of stories and characters worth exploring — many of which are responsible for words or phrases we use today.

Interested in more forgotten gods? Check out our article about these four forgotten Norse gods you should definitely get to know, too!